The film documentary TEPUY is a thrilling story that takes place deep in the middle of the Orinduik rainforest in Venezuela. Thank to its almost absolute inaccessibility, prehistoric forms of life have been preserved here that have survived for millions of years. In the gigantic labyrinth of the world’s oldest rocks, colonies of bizarre organisms have built the largest quartzite cave in the world. A team of Slovak and Czech cavers and enthusiasts set out on a risky expedition to this time depository that has never before been entered by humans... Inside massive underground spaces, they discover a lost world. However, they find more questions than answers 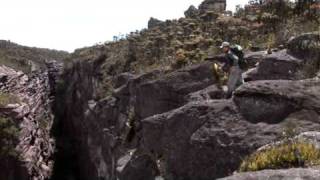