Our planet is home to 8.7 million different kinds of life, and about 90 percent have not been named or identified.  Some may never be.  The Earth is now in the midst of one of its greatest extinction event.  But this isn´t a bleak series about the end of the world as we know it. Instead, Critical Kinkdoms focuses on the obscure areas of our planet and the animals that inhabit them, illustrating what some untouched regions look like but are now becoming threatened by modernization and human population growth.  Discover Madagascar, the Atlantic Forest, Costa Rica, Sri Lanka and other regions, their animal and plant inhabitants, which make them a rare heaven on earth. 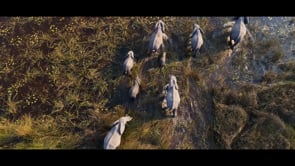